50,000 students have pledged to protect the environment

The Kerala State Legal Services Authority (KSLSA) announced on Tuesday that more than 50,000 students have pledged their support for the protection of environmental and public property.

The Kerala State Legal Services Authority (KSLSA) said on Tuesday that more than 50,000 students had pledged to protect the environment and public property. The state legal services authority said it had honored the 50,000th student on Tuesday that Kerala High Court judge Justice SV Bhatti had taken the pledge as proposed.

As part of the ‘Azadi Ka Amrit Mahotsav’, Justice Bhatti proposed a glorious declaration and commitment to protect the environment on 2 October. Here the district court website has been changed and the pledge has been made available online so that the general public can access and adopt the practice.

It states that children are committed to maintaining their responsibility to protect the environment and public property as described in Articles 51 (a), (b), (g) and (h) of the Constitution. The children pledged to take steps for the protection of nature as well as effective waste disposal and treatment.

The statement said, “The project was designed in such a way that when these promised children become senior citizens, there will be more emphasis on constitutional values ​​and protection of the environment,” the statement said. 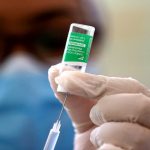 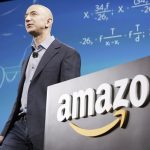 The CAG report reveals the gaps in fund management in the top universities of Tamil Nadu.

Growth drivers who will reset coaching 20 for test prep adtech