This LEAD survey was conducted among 10,500 metro and non-metro parents whose wards were in grades 1-10.

At a time when state governments are easing lockdown restrictions and schools are reopening in phases after nearly 18 months, EdTech chief LEAD conducted a survey among parents to find out their views on sending children back to school.

The survey found that 59 percent of respondents felt that the epidemic had damaged their children’s learning, and 74 percent of parents were willing to send their children back to school. They believe that a complete school experience is possible only through reopening.

The survey was conducted among 10,500 metro and non-metro parents whose wards were studied in grades 1-10.

Keeping children’s health and safety in mind, LEAD’s survey indicates that for 22 percent of parents, vaccinating school staff is a top priority. Also, 55 percent of Metro parents rated social distance as the most important, followed by healthcare facilities (54 percent); Where parents from non-metro say sports and social distance are equally important (52 percent).

The challenges faced by children and parents during the epidemic recall how they struggled in the early days between ‘work from home’ and ‘home from school’. The study found that 47 percent of Metro parents spend 3 to 4 hours a day with their children at school, compared to 44 percent in non-Metro schools. Further, the survey indicates that most parents (63 percent) feel that engagement in physical classrooms leads to better social interaction among children.

Sumit Mehta, co-founder and CEO of LEAD, said, “Schools need to be considered as essential utility and parents must send their children back to school with a positive and open mind. Let’s take all the necessary precautions and safety measures and be ready to welcome them to school. ”

In non-metros, only 40 percent of parents say their children study on a personal computer, whereas about 60 percent of metro parents indicate that their child has learned on a computer / laptop a year after the lockdown. Most students from non-metro go to school via smartphone, which often raises the concerns of parents.

Some common areas of concern

Although 70 per cent of parents in both metro and non-metro said that both parents were involved in their children’s learning activities, the share of ‘only mothers’ in their studies was higher in metros (21 per cent) than in non-metros – metro (18 per cent), increased Indicates responsibility, especially for working women.

What parents across other cities have to say about sending their children back to school: 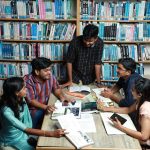 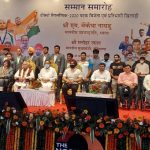 The Brainley survey reveals students’ feelings about the study from home models and the consequent impact on their mental health. Brainly, an online learning platform, […]

Malpani Ventures has invested in the seed round of DUX education. Dux Education, an education technology company that makes afterschool tuitions online, accessible and affordable, […]

DUK professor among the top 2 scientists at Stanford University

Alex P. James, Associate Dean (Academic) of Digital University Kerala, has been nominated as one of the top 2% scientists in the world. For the […]