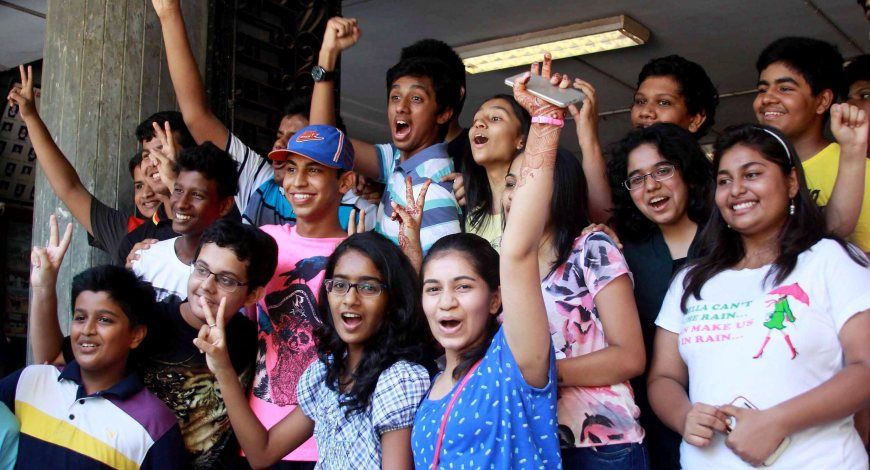 Many female teachers have revealed that although they are working women – and potential role models for female students – they have not seen themselves in that light.

In 2019, while facilitating training with government secondary school teachers in Bihar, I asked participants to create a graph using data from their school. The graph was intended to capture key milestones in the transition from school to work – how many girls are enrolled in fifth grade? How many in the eighth, tenth and twelfth class? And finally, how many have entered the career?

These graphs, created by teachers at 15 schools, looked almost identical. If 100 girls enter the fifth grade, 2-3 of them are converted to formal work.

This small group was a microcosm of macrocosm. According to the World Bank, the country’s female labor force participation rate (FLFPR) has dropped from 30.27 percent in 1990 to 20.8 percent in 2019. (2021 data possible?)

As we have further conversations with participants, many female teachers have revealed that although they are working women – and potential role models for female students – they have not seen themselves in that light. Most said they were working out of necessity and did not like it, and would leave the job altogether if their family did not need extra financial support.

This leads to the question: will economic empowerment itself promote gender equality? Little girls are growing up in school with any idea of ​​work and economic empowerment? Do they see work as a way to claim their independence and to build their identity, to practice choice with money, and as an enabler to shape their own future? Or is it just another “burden” to add them to the already sufficient balance?

This is a relevant question to fight with this International Girl Child Day. The day was established in 2011, when the UN General Assembly designated October 11 as the annual Girl Child Day, with the aim of addressing the challenges that girls face, and promoting the empowerment and perfection of girls. Their human rights.

A decade later, girls in India continue to face these challenges – protection from basic education, health, and employment opportunities, welfare, security, land ownership, and other resources. The level of gender segregation and gender bias in access to digital technology has widened with the COVID-19 epidemic.

Our daily realities shape our beliefs about ourselves and our identities. For most young women in our country, traditional gender norms are internalized because of their life experience and social status. While talking to young girls in Jharkhand, one of the girls who dropped out of school said that they were not as intelligent as their brothers. When asked why he believed it, he said his brothers communicate with others and show their intelligence by keeping accounts. His conditioning was so deep that he was not allowed to go out and, most importantly, his skills in managing the house and kitchen were not equally valued. He never questioned why his life was more controlled than others.

Elsewhere, in Gujarat, after nearly two years of epidemic-induced shutdown, young girls in grades 9 and 10 were delighted to return to the classroom. They shared their aspirations for the future – one wanted to start his own sewing business, the other wanted to be a doctor; One said he wanted to be a pilot.

I asked them what they did at home when school was closed. Almost everyone learned a new skill – some learned new recipes, others learned a new home decor item or cycling; Almost all of them have spent a lot of time watching movies, songs and dances. What struck me the most was that what they chose to learn in their spare time was very closely tied to the gender roles expected of them, except for the girl who wanted to be a pilot. He watched the film Gunjan Saxena and was inspired to follow a different path.

A strong fact that should not be discounted is collectivism and brotherhood. During a role model interaction in Bihar and Orissa, a female locomotive pilot in the area shared that in addition to her mother’s support in pursuing her education, what enabled her to move out of her village and enroll in an ITI in the district headquarters was 2 more in her village. 3 girls were studying in the same place. They had security in their numbers, and this gave them the ability to negotiate more with their families.

The power of aggregation and collective action as a way to challenge existing power structures and make their voices heard has been well documented in the women’s empowerment literature. For India to move closer towards gender equality and equality, it is essential that these experiences be made available to young girls at an early age. They need to be given a voice, and need help and support to create a safe place for themselves when they need courage, strength and support to move forward.

If we really want to empower girls in India, we need endless and concerted efforts at the crossroads of economy, politics, culture and education. It needs to start at home, working with parents – the architects of our first learning environment that forces us to believe in a certain reality. This needs to be enhanced by working with teachers in schools who have the potential to work with girls and give them the confidence that they are capable of achieving anything. Policies and schemes need to be designed from a gender lens to ensure that young girls’ voices and problems are addressed. The problem of young girls needs to be prioritized for scientific research and innovation, the need for more women in leadership positions and the STEM space needs to be strengthened, decisions need to be made and resources need to be channeled to solve women’s problems. And of course, more role models need to be celebrated to encourage girls to reverse gender-discriminatory social conditions. When our daily narrative shows women leaders as completely natural in different places – be it agriculture, industry, sports or politics, the perception changes.

Only through a collaborative and holistic approach will we be able to bring about real change for young girls in India.