The Delhi government-run Ambedkar University has released its second cut-off list for undergraduate admissions, with courses falling from 0.5 per cent to 3 per cent of the required minimum marks.

The Delhi government-run Ambedkar University on Monday unveiled its second cut-off list for undergraduate admissions, with courses falling from 0.50 per cent to three per cent of the required minimum marks.

The minimum number required for admission in BA (Honors) Mathematics was 94.25 per cent for Delhi-based candidates, which dropped to 91.25 per cent. For people outside Delhi, the cut-off was 95.25 per cent, down two percentage points to 93.25 per cent.

More than 21,000 candidates have applied for admission to the university which reserves 85 per cent seats for Delhi candidates. The university grants temporary admission to applicants on the basis of applications received during the registration process, if they meet the cut-off. 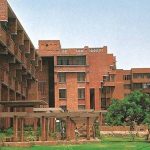 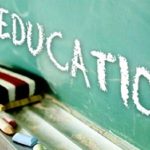 Next Article Outcome Oriented Curriculum Need of the Hour

Of the 300 institutions worldwide, Design Village is one of only two Indian colleges to display its collection at the Milan Fair in Italy. Design […]

Based on the results available, experts at Ashoka University expect that the third omicron wave in India will not affect mortality like the second wave. […]