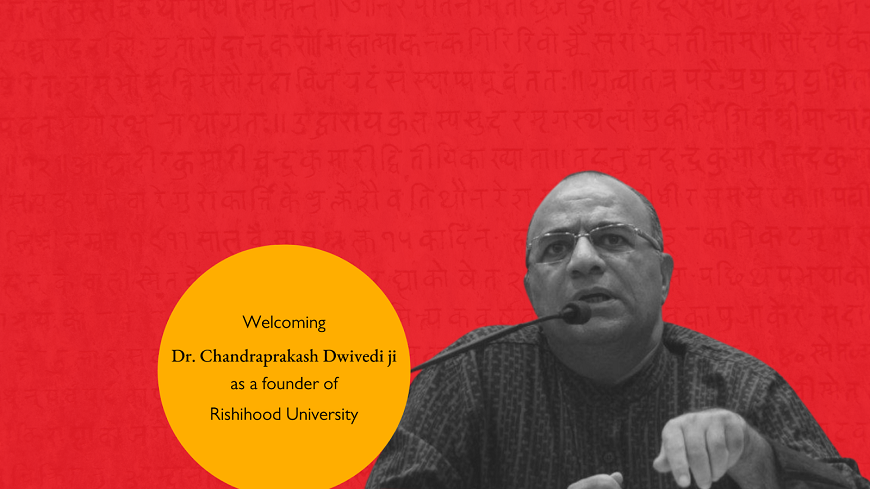 Dwivedi’s mentorship will allow Sagehood University to expand its participation in lectures on social issues, education, leadership and the development of human potential.

Sagehood University is proud to announce today that Dr. Chandraprakash Dwivedi, eminent writer, director and protagonist of Chanakya TV series, has joined as a founder. Dr. Chandraprakash Dwivedi will guide Rishihood University with a broader vision of education and help build future leaders. He will handle curriculum design and delivery of academic initiatives, contributing to some of the university’s most unique courses, such as a bachelor’s major in public leadership, the first in the world.

Sagehood University Chanakya and its students are going to establish a model of education based on self-discovery inspired by the events that took place in Takshila more than 2000 years ago and at the core of achieving one’s potential. In recent times, Dr. Dwivedi has recreated the memory of Takshila in the Chanakya TV series, a rare cultural leader who has worked at the crossroads of history, film and television, and nation building.

Chandraprakash Dwivedi accepted the invitation to join Rishihood University, whose values ​​resonated with the purpose of the university. “India and its rich knowledge heritage have a profound role to play in modern day education. This is what we aim to build at Sagehood University. I am excited to be working with the rest of the founders to implement this vision,” he said.

Sagehood University has been established through collective philanthropy and with the help of eminent public leaders. The University started its campus program in 2021 at the main campus of Sonipat in Delhi NCR.