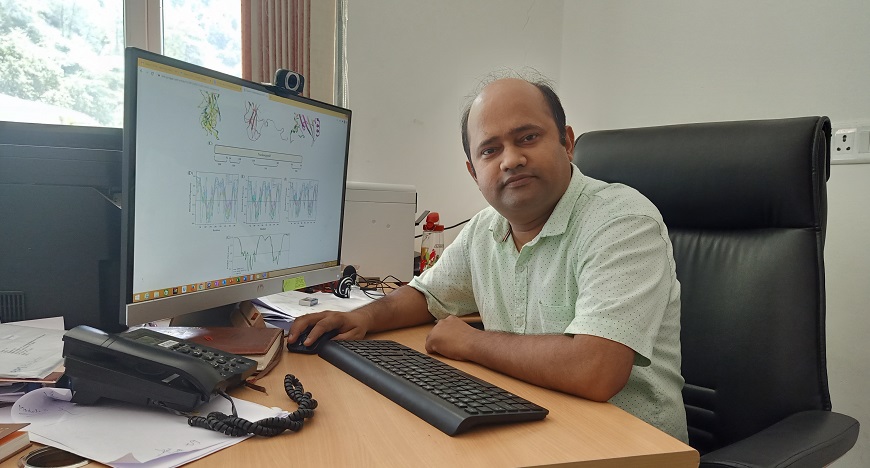 A research team at the Indian Institute of Technology Mandi, led by Dr. Rajneesh Giri, Associate Professor, School of Basic Sciences, IIT Mandi, has discovered an important biomolecular mechanism for protein cluster formation that is often seen in Alzheimer’s disease. They showed that the signaling peptides of amyloid precursor protein (APP) could be combined with amyloid beta-peptide (Aβ42). This Aβ42 is known for the pathogenesis of Alzheimer’s disease, the most common form of dementia that gradually destroys memory and other vital mental activity.

Although proteins are essential for virtually every process in the cell, their disrupted function due to aggregation and / or incorrect folding can have detrimental effects. There are more than 50 diseases associated with protein assembling / misfolding. For example, Alzheimer’s disease is associated with the accumulation of a misfolded peptide called amyloidβ42 (Aβ42) in the interstitial space of nerve cells. Aβ42 is a peptide derived from the full-length protein Amyloid Precursor Protein (APP).

Usually, when proteins combine or fold incorrectly, they accumulate around the cells and kill them, leading to the onset of many diseases. Until now, it was unknown whether the signaling peptides of amyloid precursor proteins also have a tendency to form pathogenic aggregates. Can the signal peptide be combined with Alzheimer’s disease-related peptide (Aβ42)? To answer such questions, we have done this, says Dr. Giri.

The research team’s findings were recently published in the journal Cell Reports Physical Science. The paper was co-authored by Dr. Rajneesh Giri and his research scholars, Dr. Kundlik Gadhve and. Tania Bharadwaj, with Michelle Vendruscolo, a professor at Cambridge University in the United Kingdom, and Vladimir Uversky, a professor at the University of South Florida in the United States.