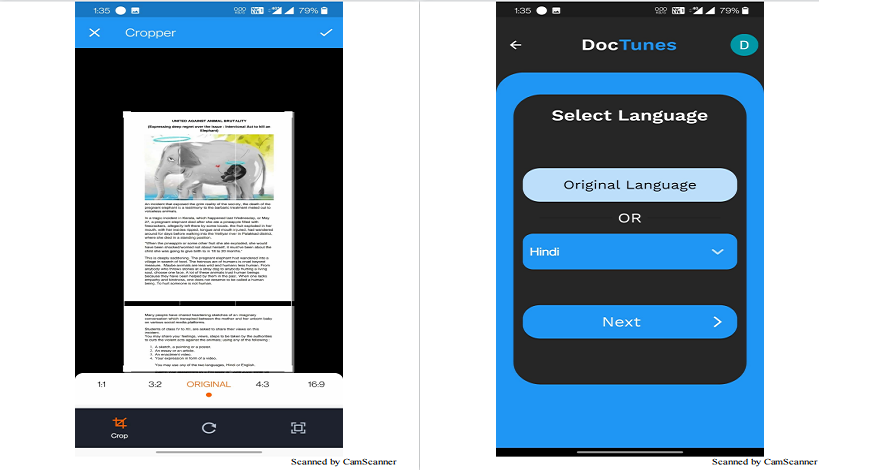 Incubated at the JECRC Incubation Center, the app has been downloaded in 164 countries.

Dewang Bharadwaj, a student of Jaipur Engineering College and Research Campus (JECRC), has launched an application and website that converts documents or images written in more than 30 languages ​​into audiobooks. The app currently helps more than 18,000 people across 164 countries break language barriers and listen to documents / files in their local language.

The Docktunes app helps a user convert long written documents into audio files so that anyone can listen to them on the go. The conversion can be done in 32 different languages ​​- six Indian and the rest worldwide.

The application has a 98 percent accuracy rate when converting any file, Bharadwaj said. “The idea was to help people access information without having to worry about language barriers. The app has a human-like voice to add more personal touch to audiobooks. Users can even select the pitch, voice and tempo of the book / file, ”said Bharadwaj.

Motivation to start creating apps / websites stems from Bharadwaj’s limitations and a thorough understanding of the English language through his curriculum. “Epiphany hit me and I thought we could do something about it. A few months later, Docttunes was born. “

The startup, launched a few months ago at the JECRC Incubation Center (JIC), is available on the Google Play Store and App Store. To date, the app has been downloaded more than 18,000 times in more than 164 countries and has successfully converted over 150 million characters. The app has already converted over 32,000 files and over 35,000 images into audio files.