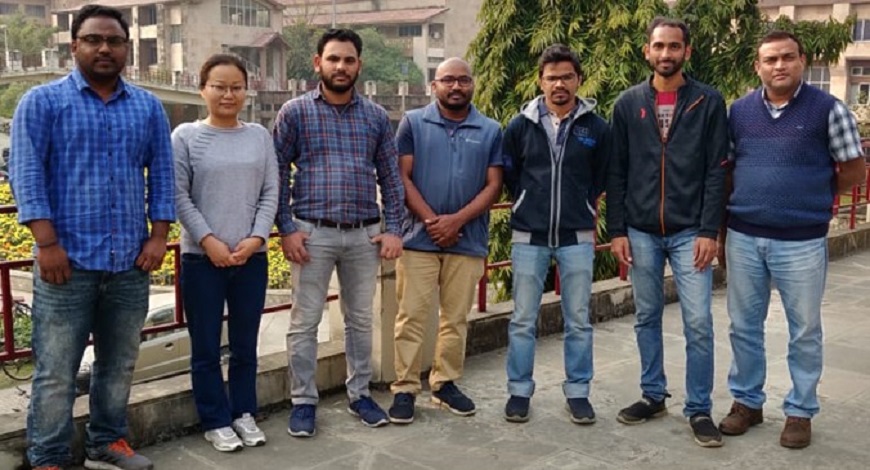 Hydrogen is a clean, high-energy fuel that can be stored and used as needed, so these cells are considered the ‘Holy Grail’ in a carbon-free hydrogen economy.

Researchers at the Indian Institute of Technology Guwahati are developing innovative materials that could use sunlight to split water into hydrogen and oxygen. These materials can be much cheaper and more cost-effective solar-powered hydrogen generators than the ‘fine metal’ currently in use.

The team at IIT Guwahati has developed a non-noble metal catalyst that is just as good as the expensive metals in water separation in PEC cells.

Important benefits of this study are:

When light falls on the anode of a PEC cell, negatively charged electrons and positively charged holes (excitons) are formed. In the absence of a catalyst, the thermodynamic barrier will be too much to overcome, so water cannot be divided into hydrogen and oxygen.

In order to split water, the holes must be prevented from re-mixing with electrons, or in other words their efficiency must be separated and transported to a semiconductor surface. In the trinity catalytic system developed by the IIT Guwahati team, bismuth vanadate generates electrons and holes in response to sunlight.

Graphene removes pores from vanadium and transports them to cobalt-tin LDH, thus preventing them from reuniting with electrons. Holes and electrons are now available to split water into hydrogen and oxygen.

The photocurrent density of the ternary photonode is three times higher when using bismuth vanadate itself due to the extraction and transport of holes by graphene. These researchers believe that their findings will help us understand the process of hetero-structured photonode and inspire the design of inexpensive photo electrode systems for improved water oxidation.

Researchers are now in the process of developing a prototype device to test their photonodes in practical PEC cells.