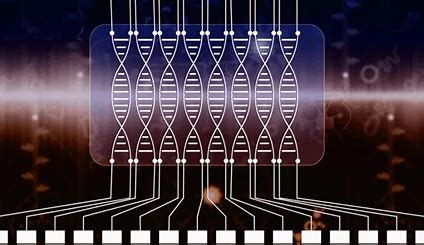 Researchers at the University of Otago have developed a new way to obtain ancient genomic data without compromising the source material, creating new opportunities for museums and archeological collections around the world.

“Ancient DNA doesn’t have to be destructive,” says lead author Lechi Scarsbrook. “Our new method allows genetic wakapapa reconstruction without destroying the bone that has been hidden for thousands of years.” The study, published in the international journal Molecular Ecology, introduces a new method of obtaining genomic data from small spinal remains that does not cause any visible damage to the underlying bone. “This will not only facilitate the analysis of museum collection elements that are too small to be destructively sampled, but also culturally and scientifically more rare and valuable materials,” says Scarsbrook.

The study was conducted while Scarsbrook was completing a postgraduate degree in zoology, using a contemporary and extinct population of Hoplodactylus geckos as a case study and representing the first mitochondrial genome obtained for New Zealand lizards.

New sequenced DNA data has allowed researchers to understand and show how tectonic activity, climate change and human influences have affected the Gecko (Hoplodactylus duauceli) population of Duvasel regionally in New Zealand. “The deep divisions between the North and South Island populations reflect long-term isolation before the formation of the Cook Strait, while the South Island population shows a geographically consistent genetic break with maximum ice coverage during the last ice age elevation,” Scarsbrook explained.

He goes on to say, “Significant damage to the genetic diversity of both North and South Island populations is evidence of the impact on humans and introduced predators.

One of the results of the study was that the knowledge of New Zealand geckos at the time of human arrival is now a clear slate, said Dr. Nick Rowlance of the Otago Paleogenetics Laboratory, the study’s supervisor and co-author. “Previously it was thought that you could tell the difference between bones of different geckos by size only, but surprisingly CT scans and ancient DNA showed that we could actually distinguish different geckos using a single shape – the shapes were discarded with bath water,” said Dr. Rawlins says.

Currently completing his dissertation at the Oxford University’s Paleogenomics and Bio-Archeology Research Network, Scarsbrook says the research also speaks to the process involved in scientific progress. “It turns out that size doesn’t matter, after all, what we know about New Zealand geckos at the time of human arrival is now a paleontological clear slate.”

Dr Rawlins said the ongoing research activities would be partnered with the Department of Conservation and Mওori Iowa to reconstruct the lost ecological history of New Zealand geckos and skins (where size-based identification has confused scientists), frogs and twitters. “The long-term preservation of finite specimens is a matter of great concern to curators around the world, so what Lachie has created will not only unlock molecular secrets but also the potential for a wide range of global natural history and archeological collections for the same genetic analysis.”