A study published by the building’s SP Jain Institute of Management and Research (SPJIMR) found that the impact of inflation on small and medium-sized family enterprises was much higher than estimated by the government at the current retail or wholesale inflation rate. The survey, conducted by SPJIMR’s Center for Family Business and Entrepreneurship (CFBE), found that most small and medium-sized family enterprises have experienced significant operating costs and are responding to price increases – a strategy that may not be sustainable. The study also recommends policy prescriptions to reduce the unequal risk borne by the small and medium enterprise (SME) sector of the economy.

The average increase in operating expenses reported by small and medium enterprises (SMEs) is 19.5 percent, which is estimated by the government at current retail and wholesale inflation rates of 6.07 percent and 13.11 percent, respectively. Manufacturing companies appear to be pushing up cost increases, with average costs reporting a 24 percent increase, while service enterprises report an average cost increase of 14.4 percent. This will put pressure on an economic strategy that relies on the recovery of a production-led industry. Furthermore, businesses located in northern and western India seem to have increased costs more than the rest of India, the study found.

Eighty-three percent of respondents responded to such cost increases by raising their prices. Enterprises have improved their due diligence and cash flow cycle through re-contracts. They did not, however, follow grammatical declines or quality declines in response to rising costs. The survey also found that SMEs expect costs to continue to rise in the next three to twelve months, with most enterprises planning to raise prices in the next three months. 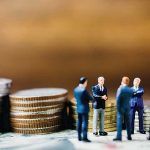 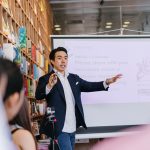 Norwegian ad-tech firm Defavo is working to enable Indian students to navigate the post-covid world of study at a foreign university. An online platform that […]

I miss you! A new wellness crisis on the horizon

New global research from Inspiring Workplaces Group has discovered that: We miss or need social human interaction – 88% We struggle more […]

The Academy of Arts created a virtual event entitled ‘The Future is Creative’, which introduces disadvantaged children to music, theater, dance and painting. Recognizing the […]