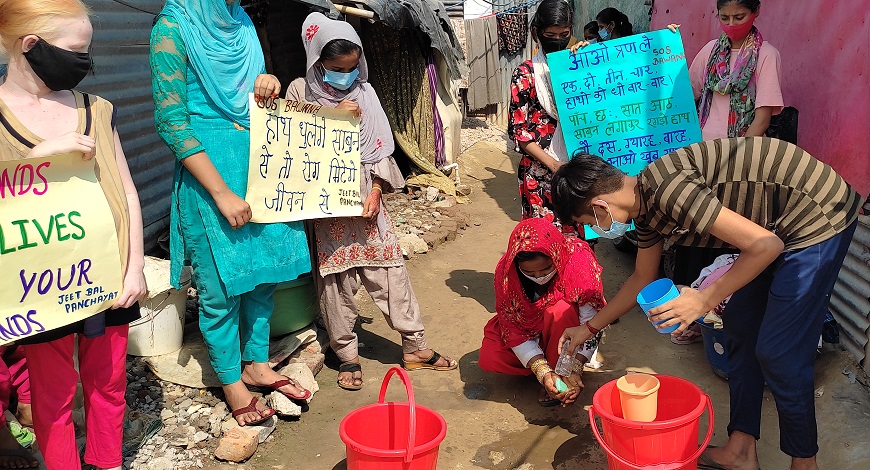 SOS Children’s Village of India, a self-implementing child care NGO, has conducted a hand washing awareness campaign in Bawana, Delhi. The drive, which helped organize the twenty children of the ‘Balpanchayat’, is part of the NGO’s ongoing efforts to raise awareness about health and hygiene.

In an effort to stem the spread of COVID-19, colleagues at SOS Children’s Village in India have trained Balpanchayat children to properly wash their hands, wear face masks, dispose of used masks and follow social distances. The Rule Children then took ownership of the campaign and, as a result, provided training to children and other members of the community, overseeing the Family Strengthening Program.

The children of ‘Balpanchayet’ have downloaded pictures and short videos on proper hand washing techniques and spread them in the community through WhatsApp. The children also worked on making banners related to hand washing, which they used in a small gathering held in clusters, maintaining the rules of social distance.