The student unions of 12 colleges of Manipur University have sealed the administrative blocks and main gates of the institution to stop the admission process.

The student union administration of 12 colleges has sealed the main gates of the buildings and colleges in protest of the increase in admission fees to Manipur University educational institutions, thus halting the admission process.

Speaking at a press conference held at Imphal College in Quakithel as part of a united forum of student unions of colleges affiliated to Manipur University, Oinam Premdas, general secretary of Imphal College Student Parliament, said: This year, a new “fee to be credited to government account” has been established. Despite the unused sports and cultural fees paid at Manipur University, the entrance fee has been increased this year due to the Kovid epidemic, he complained.

The student unions decided to protest when the authorities started the admission process without heeding their demands to withdraw the unreasonable increase in the entrance fee. He further said that admission will be canceled till the admission fee is reduced.

Oinam Premdas said it was a pity that Manipur University had increased the admission fee while other universities had reduced it due to the suffering of covid-affected students. He promised to continue the protest till the price structure changes and he said that the department concerned should be held accountable for any adverse incident.

Representatives of 12 college student unions were present at the press conference. 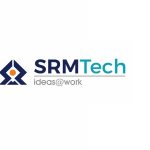 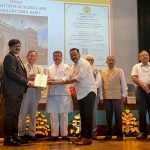 The iDEX program was launched by the Defense Innovation Organization (DIO) in an effort to achieve self-sufficiency in defense and defense manufacturing. The Startup Incubation […]

Developing a growth mindset involves being willing to tackle challenges, having a passion for learning, and considering failure as a springboard for further development. As […]

Hydrogen is a clean, high-energy fuel that can be stored and used as needed, so these cells are considered the ‘Holy Grail’ in a carbon-free […]