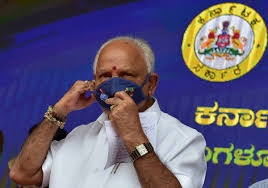 Karnataka Chief Minister Basavaraj Bomai on Thursday said that the welfare Karnataka Regional Development Board would be formed within 10 days.

On Thursday, Karnataka Chief Minister Basavaraj Bomai said that the welfare Karnataka Regional Development Board would be formed within 10 days. “The KKRDB will be formed in the next 10 days. We will appoint a permanent secretary. The vacancies of engineers will also be filled,” Bomai Kalyan said while addressing a debate in the Legislative Assembly on the development of Karnataka. Region.

The Chief Minister said that Rs 1,500 crore has been released this year for the development of the welfare Karnataka region, with an opening balance of Rs 500 crore from 2020 onwards. Therefore, a total of Rs 2,000 crore will be used for this purpose. Bomai assured the legislators that all the necessary posts in KKR would be filled.

He added that the office of the Hyderabad Karnataka Special Cell in Bangalore would be shifted to Kalaburgi.

Earlier, Congress MLA Priyank Kharge had alleged that Rs 100 crore had been transferred from KKRDB to an NGO account ignoring transparency.

In his reply, Karnataka Law and Parliamentary Affairs Minister Jesse Madhuswamy admitted that there had been a violation, which would be investigated.