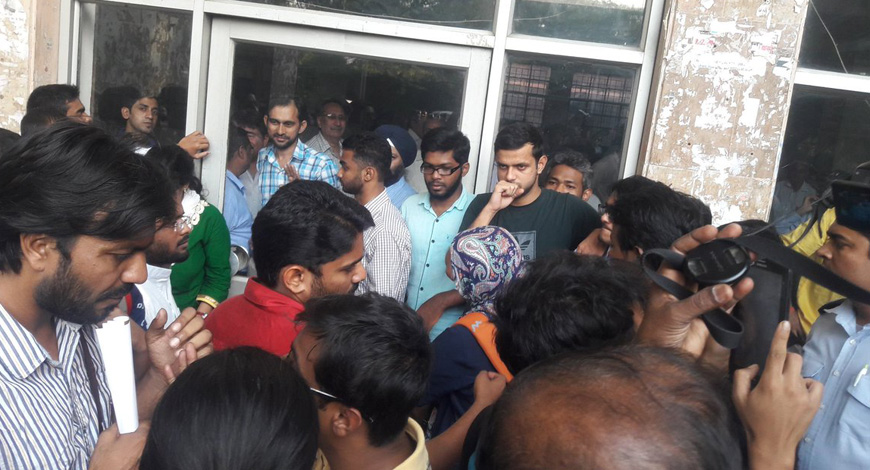 The University of Delhi has constituted a six-member panel to look into the affiliation from the College of Art.

A six-member panel has been constituted to look into the issue of non-affiliation of art colleges with the university after a large section of the executive council of Delhi University expressed dissatisfaction with the proposal to merge with the Delhi government-run Ambedkar. University.

In March, the cabinet headed by Chief Minister Arvind Kejriwal decided to merge the College of Art (CoA) with Ambedkar University Delhi (AUD).

The University of Delhi will outline how the de-affiliation process will take place. No process has been done for its (CoA) de-affiliation, “said Professor Balaram Pani, dean of the varsity college.

“The committee will decide whether the art college will be de-affiliated,” he said.

The EC meeting also discussed the affiliation of CoA with DU and its affiliation with AUD.

In March, the Delhi Cabinet decided to merge the CoA, now affiliated with the DU, with the AUD. “A committee has been formed to look into the matter.

The whole EC was not happy with the Delhi government’s behavior and decided to form a committee, “said Registrar Bikash Gupta.

Professor Rajpal Singh Pawar, who has been appointed as a member of the committee constituted by the university, said that they had questioned the university authorities about the affiliation.

“We will try to stop de-affiliation. In any case, it should be with the approval of the EC. The committee will prepare a reply from the University of Delhi to the draft cabinet note of the Delhi government regarding the affiliation of the College of Art.” “She is OK.

Mr Power further claimed that the varsity had never allowed DIPSAR affiliation. “We want to know when its affiliation was granted and who gave it permission,” he added.