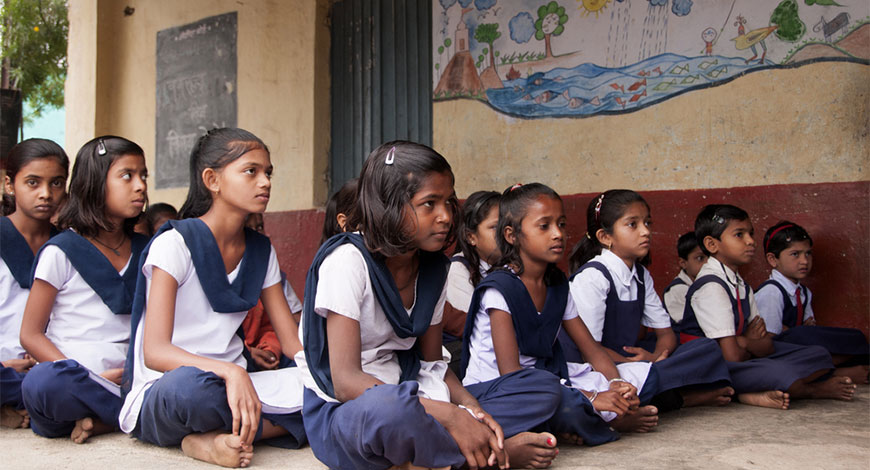 In Delhi, a DDMA commission has recommended reopening of schools for grades 6 to 8.

A panel comprising DDMA has recommended reopening of schools in Delhi from class 6 to 8 with 50 per cent student strength as it noted that reopening of classes 9 to 12 did not result in any increase in local transmission of Covid-19, a DDMA meeting said.

The panel, formed to draw up a detailed plan for reopening the school and formulate a standard operating system (SOPS), further noted that the attendance of senior class students has increased to 80 per cent and about 95 per cent teachers and school staff have been vaccinated. COVID-19 according to the minutes published on Tuesday.

The 25th meeting of the Delhi Disaster Management Authority (DDMA) was held on September 29 to discuss the COVID-19 situation in the national capital. Lieutenant Governor Anil Baijal, who presided over the meeting, announced that a decision had been taken to reopen the schools. Classes 6 to 8 will be taken after the festive season.

The Director of Education said at the meeting, “There have been no reports of any local infection of COVID-19 in Delhi due to reopening of schools for classes 9 to 12. There has been a steady increase in student attendance (about 80 per cent) going to physical school. “

The official said that about 95% of the teachers and other staff in the schools have been vaccinated and covid-appropriate behavior (CAB) is being strictly followed in all the schools.

“The joint committee has recommended that schools be reopened from October 1 through grades 6 through 8 and that attendance be voluntary and with parental consent. Only 50 percent of students will be called to school,” the education director said.

“The mixed learning process (online and offline) needs to continue. Teachers and other staff at the school should be vaccinated, “the official said.

Schools could re-introduce transportation facilities for students following 50 per cent seating capacity and CAB, the education director told the meeting.

Experts present at the September 29 meeting further opined that the next two to three months are crucial due to festivals like Navratri, Dussehra and Diwali.

“VK Paul, Member, Policy Commission, suggested that schools may be called to reopen after the festive season as vaccination coverage will be high by then,” according to the DDMA meeting minutes.

“The next two to three months are very important as festivals like Navratri, Dussehra and Diwali are approaching,” he said. At this time people tend to move and gather in the market for shopping. Celebrations of the festivals are also held in the community, “the minutes of the meeting said

Randeep Guleria, director of AIIMS, also observed that it would be safe to open the school after Diwali as there would be several holidays during the upcoming festival month and this would not affect the students’ studies.

“Balaram Varghese, DG (Director General), ICMR, has suggested that all teachers and staff involved in zero-tolerance schools should be vaccinated 100 per cent,” the meeting minutes said.

However, Krishna Bots, a member of the National Disaster Management Authority (NDMA), said schools for grades 6 to 8 should be open from October 1 and for others it could be open after Diwali.

Schools in the national capital were ordered to close in March last year before a nationwide lockdown to spread the coronavirus.

Although several states started partial reopening of schools in October last year, the Delhi government allowed physical classes for only 9-12 classes in January this year, which was again suspended after a sharp rise in COVID-19 cases during the aggressive second wave.

Following the significant improvement in the COVID-19 situation in the national capital, the Delhi government announced the reopening of schools, colleges and coaching institutes for classes 9 to 12 from September 1.

The Delhi government has made it clear that no student will be forced to attend physical classes and parental consent will be mandatory.

The DDMA was among the guidelines announced for the reopening of schools and colleges from September 1, allowing only 50 per cent students per classroom, mandatory thermal screening, paused lunch break, alternative seating arrangements and avoiding routine guest visits.