The new centers in Najafgarh and Bawana aim to provide marksheets, migration paperwork and other documents locally to students in rural and remote areas, as well as to provide them with research counters to assist them in university-related issues.

PC Joshi, acting vice-chancellor of Delhi University, on Thursday laid the foundation stone of two student facilitation centers in Najafgarh and Bawana, according to a statement.

“These centers will provide students from rural and remote areas with documents like marksheets, transfers and other documents at their vicinity as well as search counters for instruction related to their university subjects. This will save students time and energy by avoiding it. Travel on campus is part of the University of Delhi’s “University at Your Door” initiative, “the statement said. 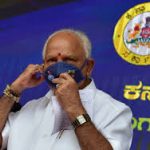 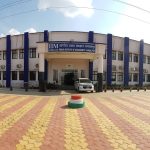 Students of Sri Ram College of Commerce, University of Delhi have started an oxygen plant with a capacity of 280 liters per minute at the […]

The conclave will be conducted in collaboration with the German Society for International Co-operation (GIZ). To mark the 75th anniversary of India’s independence, under the […]