The most important and dynamic part of the population of any country is the youth, because the development of any nation is inherent in future generations. We can say without a doubt that today’s youth are the inventors, creators and leaders of tomorrow. But they are frustrated today, what should they do? First the struggle for education, then the struggle for jobs. Why is the policy of our government so relaxed?

Given the current policy framework and the protection of artificial intelligence, there is a strong fear that new jobs are no longer in the hands of the central or state governments, compared to the unemployment rate. The same is true in the private sector, where 35 per cent of all lost jobs will not return, according to a survey. After Kovid, the way things work is going to change. Companies will now be employed more by temporary workers, reducing permanent jobs.

The entire capital of a parent’s life is spent on his children’s education. The middle class youth society is surrounded by various problems. There is a tax burden on their families, ‘rewards’ are distributed from their taxes. Today’s youth prefer discipline and transparency and not only do they follow it, the question arises if the system does not work properly. Not getting a job according to their qualifications is one of the biggest problems of the present time compared to the educated unemployed youth.

The mentality that has been created or has been created in the minds of the youth of India is that it is a job, not an initiative. Young people also need to get out of the comfort zone. Employment and self-employment need to be found in difficult and new cases. Today, India is one of the youngest countries in the world, with over 62% of the population working age (15-59 years) and over 54% of the total population under 25 years of age.

The next 25-26 years are important for the country because in 2047 India will complete 100 years of independence. According to the report, by 2030, the number of young people in China, Asia’s largest economy, will be 22.31 percent and it will be 20.10 percent in Japan and 32.26 percent in India. In other words, India is nearing the golden age of its future where its economy can reach new heights. It is very difficult to find a new way, but this is the only solution, we do not have to stick to Plan A, Plan B and Plan C because we have options up to Plan Z. Programs like ‘Make in India’, ‘Skill India’ and ‘Vocal for Local’ have been launched, which has given some impetus to investment and construction in the country, infrastructure and creation of new jobs. In addition, the Government of India has launched the Startups India Scheme with a view to building a strong ecosystem, with the launch of the Rs. 1,000 crore Startups India Seed Fund in the country. The establishment of the Atal Incubation Center is a lifeline for startups, as well as a monetary loan project, launched to promote self-employment and startups of new business models.

The government also needs to come up with a full-fledged plan. Why are the enthusiasm of the youth being trampled by the police? Do the leaders have any vision for the youth of this country? There is a great need for transparency and credibility in competitive examinations. So that the question papers are not leaked and there are no technical errors. Each competitive exam has a deadline. Recruitment advertisements should be published in time, regular examinations, interviews should also be held in time so that recruitment is not delayed. In order to ensure that there is no discrepancy between the dates of different examinations, a special court should be constituted to hear the matter relating to the appointment so that there is no delay in the appointment. 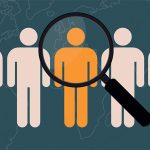 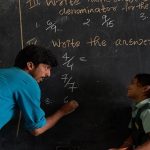 Next Article A case for keeping the school open

Shortlisted students will present their work on climate change at the 1M1B Summit at the United Nations Headquarters, New York The 1M1B (One Million for […]

The first Indian team to win the title is on a journey to keep track of groundwater quality for the benefit of the public. Manikanta […]

BYJU S has acquired Tynker to continue its US expansion

Two edtech leaders join forces to help children develop STEM skills in fun and meaningful ways, at home and at school. Byju’s and Tynker, a […]